March came in like a lion, and isn’t quite going out like a lamb. Maybe “out like a lion cub” is more appropriate? Anyway, it was a fun month at the vice to be tying up some new and old patterns for the boxes. Read on!

Right before writing this I finished up just over a half dozen Walt’s Worms for the more practical end of things. Most of the flies from this month are ones that I hope to use both now and into the summer not only for trout but smallmouth and other species as well. Each photo below has a caption describing the pattern, just in case you’re curious (hover your clicker over the picture for the caption to appear).

Some Purplish/Chartreuse Clousers (I like the call the color combo, “The Joker”). 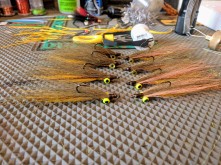 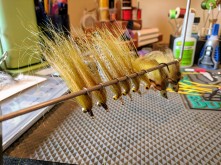 Some smaller Craft Fur Clousers, along with two Mud Puppets.

Something sculpin-ish that I concocted with some leftover materials. 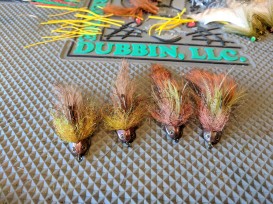 Some Beast Bait variations with a sculpin helmet.

A pair of SF Minnows with Fishskulls 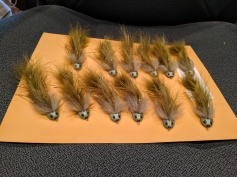 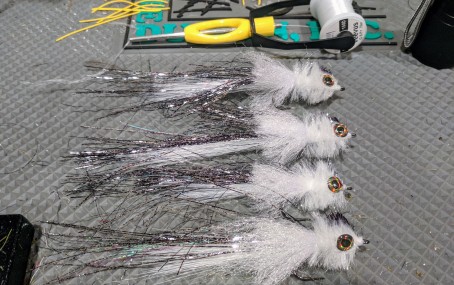 Experimental tie on a Damcraw, tied in cream for a molting crayfish. 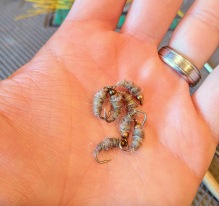 A handful of Walt’s Worms, BH and heavily weighted.

The order of Strolis’ Headbanger Sculpins are available for purchase at TCO Fly Shop in State College. As always, if you’re interested in ordering any flies, please fill out our Contact Form and we’ll be in touch!

What have you been tying at the vice this month?